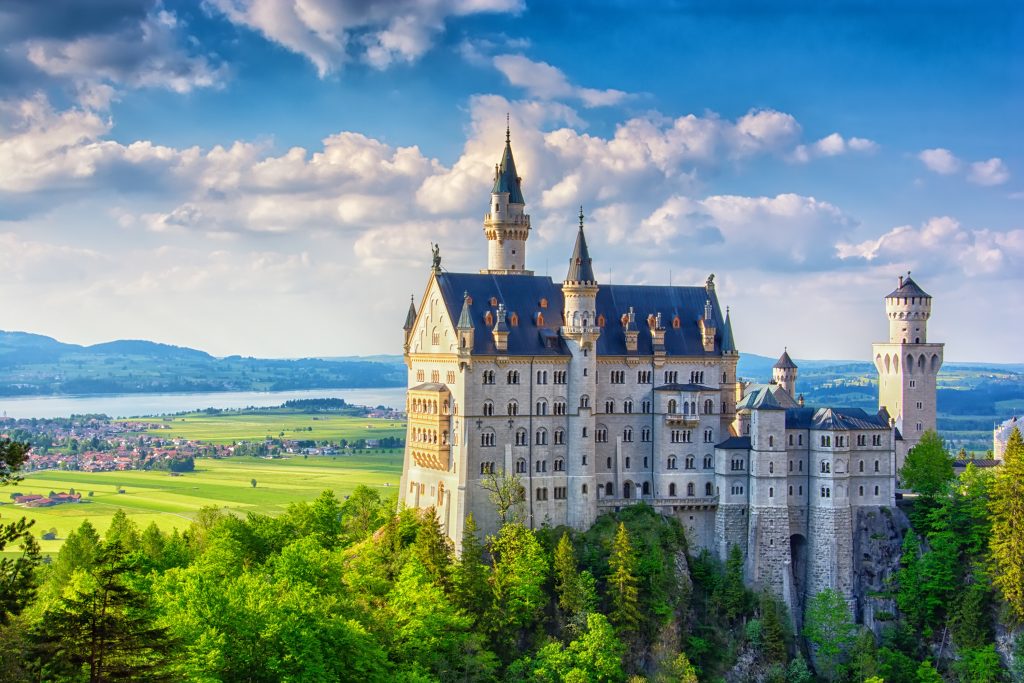 The Origin of the German Language

The German language (Deutsch) is known as the official language of Germany and Austria. It is also found further afield as the official/national language of Belgium, Liechtenstein, Luxembourg, Namibia, Switzerland, and in the Italian region of South Tyrol – in all, totalling over 130 million speakers. The German language had a significant influence on the culture and learning of Europe throughout the Renaissance and Early Modern periods. The language has an impressive literary history, ranging from the dark fairy tales of the Grimm Brothers to the poetry of Goethe, and the influence of sociologists Karl Marx and Friedrich Engels. German is an established key language of business, consisting of a diplomatic dimension and used as a procedural language of the EU. German-language Universities offer affordable and high-quality degree programmes, many of which are free.

The German language first appeared in written form in the 1st century BCE and has since evolved through a number of dialects and interactions with other languages to form the language that we know now. Similarly, to the English language, German is written in the Latin script, with the additional of its own distinctive traits. An example of these traits include the use of Umlauts – little freckle-like symbols that sit above the heads of ä, ö, and ü, to emphasise a change in pronunciation and the letter Eszett – ß – which is only found in German (used to represent the ‘s’ sound in certain words (like in ‘Straße’, meaning street). Nouns are easy always to spot in any German sentence, with their first letter dressed in a capital, demonstrating another key trait of the dynamic language.

Similarities between German and English

For both first-time and experienced language learners, German can be a rewarding endeavour. Working with its famous grammatical structure can provide students with a strong basis for learning further languages, unlocking concepts (like grammatical cases) that apply across multiple other languages: from Japanese, to Polish, and Turkish. It shares similarities with other Germanic languages, including Afrikaans, Danish, Dutch, Norwegian, Swedish, and English, making it an easier language for English speakers to learn (for instance, ‘das Haus’ = the house). Its charming compound words bring added fun and speed to the learning process (like ‘die Handschuhe’ – literally ‘the hand shoes’ – meaning gloves).

The German language opens up a brimming and popular culture, enabling those that speak it to participate in this culture. The capitol of Germany, Berlin and the capitol of Austria, Vienna share the German language and the artistry, experimental music and popular cuisines that are renown world-wide. Germanic cuisine is globally popular, including a variety of sausages (Würste), Schnitzel, beers (Bier), and breads such as Laugenbrot and Brezel. The tradition of Christmas markets (Weihnachtsmärkte) with their hot chocolate and Glühwein (mulled wine), have gained worldwide following, as has the beer-celebrating Oktoberfest. Much of this has found its way to the UK, with German language books, films, and food regularly consumed and enjoyed by members of the British public.

The Goethe Institut offers non-native speakers of the German language official recognition for skills covering listening, reading, writing, and speaking across six grades (A1-C2). With test centres worldwide, including UK sites situated in London and Cardiff, the Goethe-Institut is Germany’s Federal Republic institute, built on providing studies in German worldwide. Qualifications from the Goethe-Institut can be used for purposes such as proof of language ability for visa applications and entry to German-language Universities.

The TestDaf offers German language at an advanced level for University entry, ranging from B2 to C1 on the Common European Framework of Reference for Languages. Concerning important study areas of the German language including listening, reading, writing and speaking, the test content is primarily focused on challenging students using scenarios that they would face at a German-speaking university. It is useful to note that the degree admission exams require no specialist knowledge and that candidates who are successful in completing the four sections of the TestDaf exam at level 4 will gain the necessary evidence to pursue almost any degree level course in Germany.

Mayfair Consultants offers fully qualified German tutors for private tuition across London. Our tutors are either native or fluent German speakers who use interactive and immersive approaches, focusing on extending clients’ vocabularies while perfecting their pronunciation and writing. We also focus on German culture and business etiquette. Many of our tutors use literary materials, as well as online, journalistic and other non-fiction sources, as part of their instruction tools. We work with learners of all ages and abilities, including those preparing for German GCSE, A-Level and IB exams, and those acquiring the language for research, travel or business purposes.

If you would like to arrange German lessons or have any questions about our courses or tuition services, please call us on Tel: +44 (0) 207 665 6606 or you can send us an email via our contact form.